On April 16, 1939, a Resolution of the Council of People’s Commissars of the Kyrgyz SSR was adopted, the first paragraph of which read as “to open the Kyrgyz State Medical Institute in Frunze from September 1, 1939 with the recruitment of 200 students for 1 course”. The foundation of the first higher medical school was laid by professors and teachers from Moscow, St. Petersburg, Kharkov and Kiev. In 1943 the first graduation of students of medical institute with amount of 120 doctors took place. 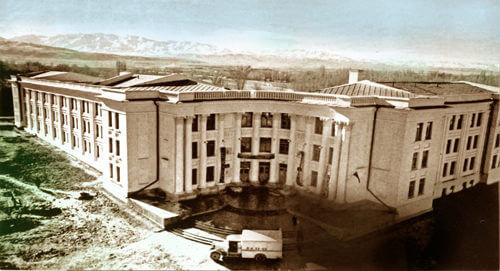 The 1st Moscow, Leningrad, Alma-Ata, Tashkent and other medical institutions have shown invaluable assistance in the organization of the Institute. They provided consulting and organizational assistance, provided medical literature and sent teaching staff for permanent work at the Institute. The departments of History of the CPSU and political Economy, Normal anatomy, Biology, Histology, General chemistry, Physics, Foreign languages and others were organized, where 16 teachers worked. During the great Patriotic War, the 2nd Kharkiv medical and dental Institute and the Moscow dental Institute were evacuated to Kyrgyzstan, which joined the KSMI. The hardships of wartime hampered the work of the Institute. Terms of training were reduced to 4-4.5 years. 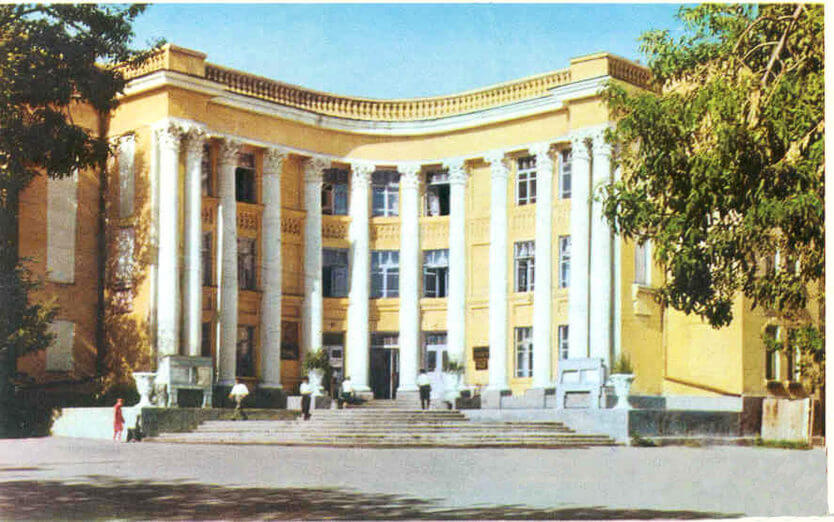 In 1943, the first graduation of 120 students of our Institute took place, and this year 250 doctors were graduated. After the war, from 1948 began the transition to a 6-year training period. At the 2nd year were introduced state transfer exams in anatomy, histology, physiology and biochemistry. In the 50s admission to the Institute increased and the transition to specialized training of doctors began. In 60-ies in the Institute was introduced by the programmed control of knowledge with use of technical means. The scientific bases of studying disciplines were developed: educational elements, levels of their assimilation, graphological structures, etc. In 70th years in the solution of problems of physiology, pathology, adaptation of an organism to mountain conditions the medical Institute becomes leading in the USSR. Relations with scientific Institutions of the Soviet republics were developed on a qualitatively new basis: agreements on creative cooperation with many research institutes and Universities of the country were drawn up. Joint scientific expeditions were conducted at the Republican research bases and laboratories under the leadership of scientists of our Institute. 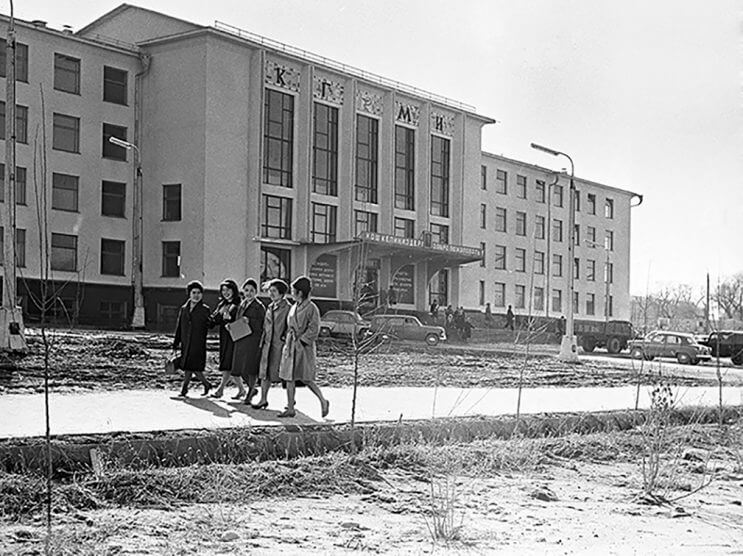 In the 80-ies teaching and research process significantly improved. KSMI comes to the international scene on studying of mountain medicine that promoted strengthening of integration scientific communications. In connection with the structural changes, in 1996 by the decree of the President of the Kyrgyz Republic the Institute was reorganized into the Kyrgyz State Medical Academy. On September 25, 2008 by the decree of the President of the Kyrgyz Republic the Kyrgyz State Medical Academy was named after I. K. Akhunbaev. The rector’s office carries out measures for the transition of the Academy to a market economy. There is a contract system of training. The educational – methodical and scientific research process is being modernized. Since 2000, new curricula adapted to international standards have been introduced in KSMA. Currently, KSMA has medical, pediatric, dental faculties, faculty of training of foreign citizens and Institutes of pharmacy, Higher nursing education, Management and public health, Medical school. In addition, there is the Institute of postgraduate education of KSMA, Research Institute of fundamental problems of medicine and biology and the Center for Advancing Training and Continuance Education, Biomedical Laboratory and etc. The Academy trains doctors for the countries of near and far abroad. Training is conducted in Russian and English languages.

In different years, the Directors and Rectors of KSMA were the following professors: